The Sky Does NOT Lie by Rand Clifford for Veterans Today

The Sky Does NOT Lie

Posted by Veterans Today on February 2, 2015 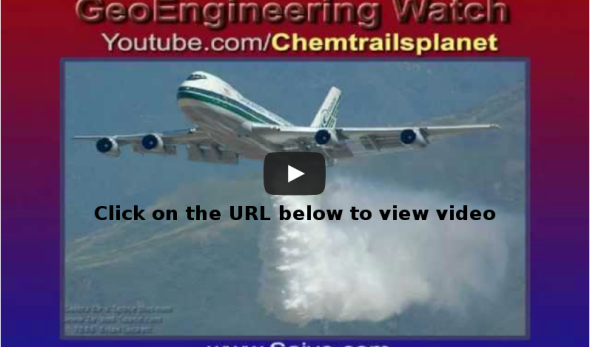 by Rand Clifford for Veterans Today

I’m writing with a view of southern sky spanning fully east to west. The winter sun is going for a touchdown to the southwest. The sky is mostly clear except for the geoengineering aerosol spray engulfing the sun with milk and spilling eastward. A dot is creeping from the milky end zone of the sun, spraying eastward….

When this morning’s fog began to clear, spray planes had obviously been very busy dogging the sun. Most planes sprayed horizon to horizon east to west or west to east, eighty percent of them near the path of the sun. Sometimes they don’t turn on the spray until approaching the sun…and turn off the spray a ways past the sun. Also, on moderate spray days, virtually all aerosol is sprayed near the track of the sun. So SRM is obviously an objective…but they also spray at night, often in the face of the moon. Complications galore, the aerosols are quite the toolkit, but SAG is uncomplicated in terms of exactly what it looks like right now: spraying of aerosol sunscreen.

Another plane is spraying east-to-west just below the plane clearing the Idaho panhandle, spraying Montana. In a stretch of a trail several minutes old, aerosols are getting ropy on the downside…weepy-looking…taking on an edge of teeth on a giant bandsaw blade; aerosols cutting through stratosphere to smear into cloud….

Touchdown, the sun has fuzzed out of sight in the creamy end zone.

A bulky new trail, aerosols still in the sun at 40,000 feet and blushing…on their way to flaming in orange and pink, even smears of purple as dusk creeps around down here….

cabal: the artifices and intrigues of a group of persons secretly united to bring about an overturn or usurpation esp. in public affairs

The definition of conspiracy is fundamentally and realistically the definition of not only government, but of most any exercise of power over the masses. Doesn’t that make the term “conspiracy theory” ridiculous? “Dry dust”, or, “wet water” make about as much sense. Ridiculous and stupefying—fundamentals of psyops, fueling: confusion.

Again, exercise of government power over the governed is, by definition, nothing but conspiracy. Yet “conspiracy theory” has become an institution of social pressure to not question authority. After all:

The world’s so scary, somebody has to be trusted with authority—look what terrorists did on 9/11!

False flag terror like 9/11 is bad enough, but authority spraying the planet with death, shouldn’t that illuminate questions regarding trust in authority? Is it really so difficult to look up and think at the same time? 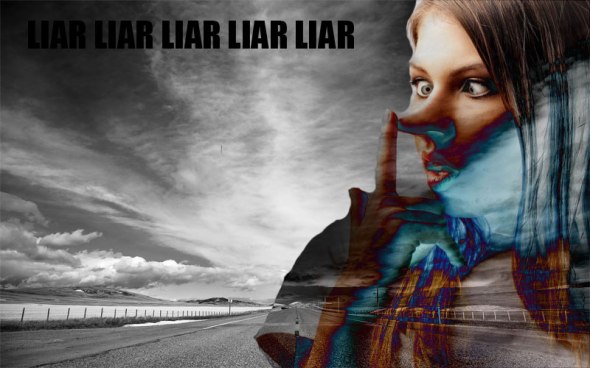 Millions of people seem happy to call GAS, “contrails”. Two main problems with equating GAS and water:
1) Contrails are born to die, cannot grow into clouds.
2) Virtually all military tankers and commercial aircraft now use high-bypass turbofan jet engines which rarely produce condensation trails. [1]
Check out what Wikipedia says about contrails:
“Depending on the temperature and humidity at the altitude the contrails form, they may be visible for only a few seconds or minutes, or may persist for hours and spread to be several miles wide. The resulting cloud forms may resemble cirrus, cirrocumulus, or cirrostratus, and are sometimes called cirrus aviaticus. Persistent spreading contrails are thought by some, without overwhelming scientific proof, to have a significant effect on global climate.”
Dear readers, witness Wikipedia at maximum disinformation. Streaks of condensed water: “…may persist for hours and spread to be several miles wide”.  Glorious psyop even without the imaginary “…cirrus aviaticus”! The only clouds “cirrus aviaticus” might be are condensation of authority to fog vulnerable minds into ignoring “chemtrails”.
Most of the air breathed by high-bypass turbofan jet engines bypasses where contrails are born,  the combustion chamber.
Compared to ephemeral streaks of condensed water, GAS is immortal…indeed spreading for miles—that’s the job of geoengineering aerosol spray. Wikipedia boasts of being “…THE major source of information in the world”, even bragging with standard Zionist chutzpah that:
“Wikipedia is “…under constant, paid review of Zionist assets.”
Zionist “assets” control virtually all commercial media and the majority of Internet traffic. Their spell is keeping millions of people oblivious to geoengineering aerosols. And of course, every effort is made to keep people from looking up.
Consider the dynamic: “Who wants to believe that people we vote for would allow us to be sprayed with poisons”?
It’s so easy to surrender to the default: “contrails”, so easy to ignore what the sky says. Problem is, geoengineering is perhaps the greatest threat to life on Earth ever conceived. Not an asteroid impact, or Yellowstone eruption…this is engineered biocide on a global scale.
Default: death.
But some people remember deep blue skies, can tell the difference between vanishing streaks of condensation, and geoengineering aerosol spray.

Goengineering Aerosols and HAARP
Some people even know that the exceptionally theatrical “Polar Vortex” is an engineered psyop. Here’s a superb video that details exactly how aerosols teamed with ionospheric heaters such as HAARP can alter the jet stream, pulling down frigid polar air until Dallas Texas and Northeastern Siberia share the same temperature. [2]
If you want to know how much GAS is going to be sprayed above where you live, please visit: Chemtrail Forecast Network [3]
Several times in the last few years it has been officially announced that HAARP was going to be terminated, yet its evil continues. Please visit: HAARP Status Network. [4]
A 1996 United States Air Force report titled “Weather as a Force Multiplier: Owning the Weather in 2025″ states: “In 2025, US aerospace forces can ‘own the weather’ by capitalizing on emerging technologies and focusing on development of those technologies….” Geoengineering aerosols and HAARP are key “emerging” technologies.
The full report listing a wide variety of weather modification and weather weapon capabilities is available on the official USAF website.
Also of interest is this video from GeoEngineering Watch titled: “Military to Own The Weather In 2025 – Chemtrails HAARP Space Weapons”. [5]
The USAF even has a training manual for chemtrails.
For those confronting “chemtrails” with an open mind, some of the best information is on government/military official sites. For those inclined to pay attention, there’s the sky. Damage on the ground is more obvious every day. And the damage to human health is accelerating. GAS even has its own signature disease: Morgellons [6] to go with the more pandemic, “Chemtrail Syndrome”. [7]
Zionist-occupied government is spraying vast amounts of our money to GAS us while the fed (Rothschild parasite disguised as part of the federal government) sprays the elite with fresh dollars charged to us at compound interest.
Natural predators take only what they need to survive, improving genetic integrity of their prey. Humanity’s psychopathic predators destroy what they need to survive.
Please consider the elite’s contempt for humanity in terms of what humanity might achieve if not being hounded by psychopaths. The elite subject humanity to continuous and vicious demonic predation, mutilation of mind, body and soul—then scorn humanity’s condition! But…with so many millions of us writing off GAS as “persistent contrail”, even when it’s sprayed day and night right in our faces, we seem to earn the contempt.
The only way such psychopathic evil can flourish is for people born with a conscience, born with humanity, to just watch.